"The Three Little Pigs" is a fable about three pigs who build three houses of different materials. A Big Bad Wolf blows down the first two pigs' houses, made of straw and sticks respectively, but is unable to destroy the third pig's house, made of bricks. Printed versions date back to the 1840s, but the story itself is thought to be much older. The story has various morals drawn from it.

In FS1/Creche, we have been exploring this story for the last week. We read the book many times and we also watched a Walt Disney Classic: Silly Symphony of the Three Little Pigs on YouTube. The book and the short cartoons have brought so much joy and delight to the children.

The children have been using their knowledge of the book to support their play as they revisit the story with their friends and teachers. We used the character puppets to reenact the story! We explored the wolf’s character, how he made the pigs feel and how he can be better at making friends.

We used a variety of construction toys during group time to build our own houses. We talked about the setting of the story and came to a conclusion that the setting was set up at the country side.

“Do not discount fairy tales as a bad influence on your children. Do not be afraid of unleashing their imagination and letting them confront their darkest fears. By giving them heroes to identify with, you are letting those fears surface in a subtle manner, and allowing your child to find his courage and make moral choices vicariously-choices that will build his character and have influence on the rest of his life.” (Lakin) 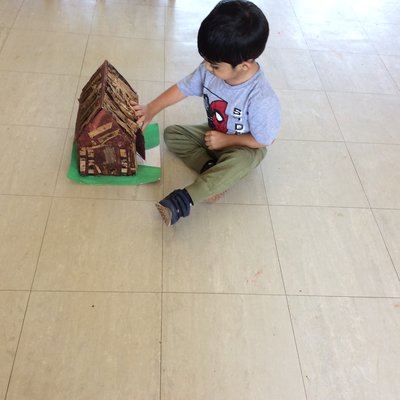 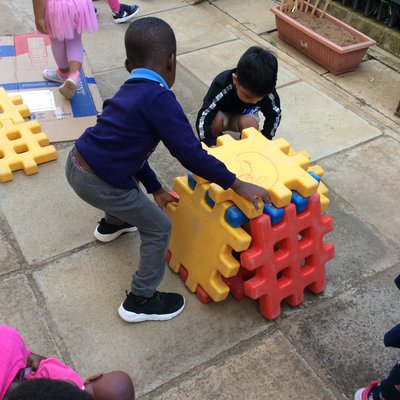 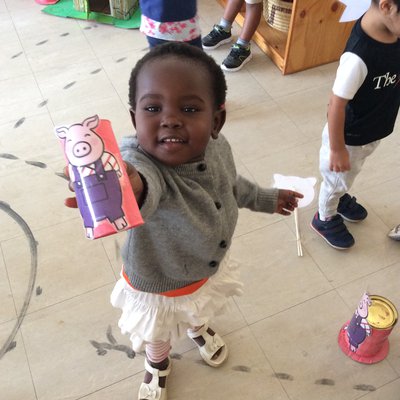 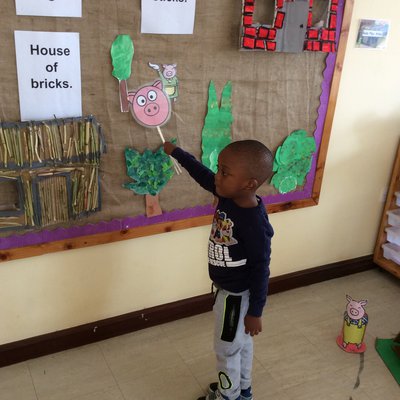 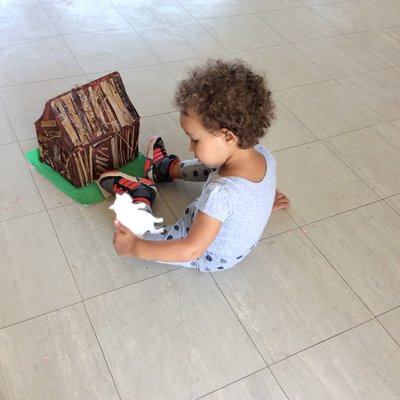 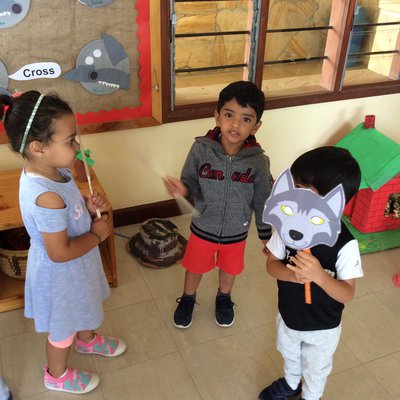